When I sat down to write this Report, it was difficult to know where to start.

So, I thought what would Sue have done? She always started with “Well here we are again”

Sadly, this year this is not the case and so, I find myself trying to fill extremely large boots.

I cannot even begin tonight without first talking about Sue and her role within the Organisation. She has been Chair since 2004 and has been our steadying hand and voice of reason. Sue always seemed to know what to do, and the right time to do things. Under her Leadership, we have raised in excess of £100,000 and created over 4km of multi- use paths. We have held 27 Pleasure rides, 2 Competition Rides and a variety of other events, including mounted games, dressage and tack sales. We have been well supported, worked fantastically as a team, and undoubtedly the most important thing, had lots of fun and laughter. We have also established ourselves in South Ribble and the wider locale as an Association to be taken seriously, and to have our views and ideas taken into consideration. Not bad for a group who were given – less than 6 months!!

So, on behalf of us all, I want to thank Sue and to say “we will miss you”

However, I am sure she will be keeping an eye on us from afar. 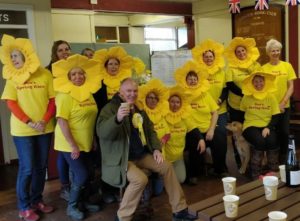 Now back to the events of the year.

First, can I welcome Caroline to the Committee. She was brave or foolish enough to put her head over the parapet and volunteer to join us. So, Thank You.

It has been quite a quiet year. The Spring Ride was set to go ahead in March, the good weather ordered as usual. Sarah and I set out to mark the route – everyone being otherwise engaged I had the great idea that we could do it all – “No problem” I said. Foolishly, Sarah went along with another one of my stupid ideas with only a slight raise of the eyebrows!

Saturday was freezing cold. But we stuck at it and despite the weather, and the threat of snow the following day, we marked the whole route. We hadn’t considered for one minute that the weathermen might actually be right, and awoke on Sunday to find the ground, and our fantastic marking, covered in snow. So frantic phone calls to entrants to cancel them ensued, but like a well-oiled machine we managed it and had a duvet day instead.

The ride was reorganised for 8th April. The St Patricks Leprechaun Ride became the Green Ride and was as successful as ever. Over 70 took part and, thank goodness returned to the Venue to enjoy Pam’s famous Pea and Ham soup. We raised £830 – another great day, thanks to all involved.

Over the Summer months, we are usually quiet. However, UWBA also support Longton Riding Club by running and sponsoring the Handy Pony Classes. This has been the case for some years now. The classes have grown in popularity and have become quite a feature of the show. The classes are run more as desensitisation sessions and it is fantastic to watch horses and riders progress over the season. This is mainly thanks to Sarah and her patience. She is especially good with younger nervous riders and it never ceases to amaze me what they manage to achieve week on week.

It becomes difficult to find things to ‘frighten’ them over the season, but we do our best!! 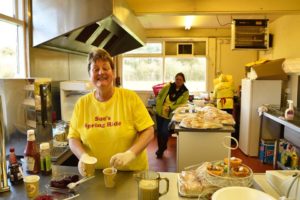 We have become the travelling road show to Pony Club Camp for the last 2 years. The sessions have been well received with even the Instructors taking part.

It would be great to hold a couple of sessions this year, maybe at Pauls Farm or Earnshaw Livery Stables to raise awareness and raise more funds. Maybe we should explore this.

I think we all enjoyed our Trip to see War Horse. A few tears were shed and cries of ‘it’s a puppet’ did nothing to convince some of the Committee that poor Joey was not actually suffering!!

Sadly, the Halloween Ride was cancelled at Sue’s request. Her reason was that she would want to be involved (or in charge) – really I think she thought we weren’t up to it!!

Over the year, discussions with SRBC, LCC and Barratts House Builders have continued regarding the Test Track. The circuitous route has finally been agreed, after much discussion, with a total of 4km of tracks in and around the site. The surface is yet to be finalised, but the push is for a surface called ‘nu-flex’. This is a product made from recycled tyres which is being used extensively in East Lancashire and is promoted by the BHS. 3 Pegasus crossings at the main entrances to the site have been agreed and good access arrangements at all other entrances. So, watch this space!!

In the last few weeks, Caroline and I met with Chris Harrison from SRBC to see where he was up to with the Central Parks Programme and the Green Links. Since we last saw him, he has been very busy, and work is underway on a new horse friendly path that runs from Bamber Bridge, parallel to the Tram Road Path but on the other side of the Bypass. This will create a great circular route and hopefully there will be more paths to come. 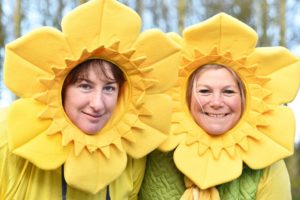 We have also been to an event regarding the Green Links within South Ribble. They are currently undertaking consultation throughout the Borough to see what residents want in relation to footpaths, cycleways etc. Sadly, as always, we had to remind them about horses!! However, they did seem to take it on board and much of the display boards did show horses as part of the theme. There are a number of other Consultation events around the Borough over the next few weeks, so if you get chance go along and have your say.

We have talked for a number of years about the definitive map and the looming deadline of 2026. We even started looking at claiming Ridley Lane and began the paperwork but ran out of steam.

The BHS Representative, Chris Peat, has suggested that she come and talk to us all about the processes involved in claiming routes before 2026. It is not an easy thing to do and will require some tenacity and dedication. However, I think it is vital to protect routes for the future.

Discussions are underway with Officers at SRBC to decide on a Memorial Path for Sue. Undoubtedly our favoured path would be Nixon Lane Woods (revisited) as Sue would be delighted to finally thwart the WI. So, fingers x 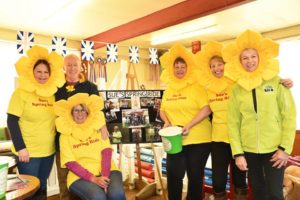 • Bridge over the River Lostock towards Emnie Lane. This is subject to gaining access to the land on the far side of the river and funding.
• Creating a map of the local rides
• Updating the Web Site and Social Media Coverage
• Organising some Dressage competitions – possibly at Pauls Farm

Our final event this year will be the Spring Ride, set for 24th March. As we all know this Ride will be ‘Sue’s Spring Ride’ with a yellow theme. T shirts and Daffodil heads are the order of the day. 50% of the proceeds will go to St Catherine’s Hospice, who gave Sue and Alan incredible care and support.

Pat has taken on the role of Ride Co-ordinator and has everything under control. We are now at 90 entries and counting. Laura has done an amazing job with the Hamper for the Raffle and we have an assortment of other prizes donated by local businesses. Tickets are being sold locally and will be sold on the day.

In closing, can I thank you all for giving me the opportunity to attempt to follow in Sue’s footsteps. You may well live to regret it!! I also want to thank everyone for their hard work and dedication to the Association. Everyone has such busy lives and yet still finds time to help in whatever way they can.

So, let’s have a fantastic year and do her proud. 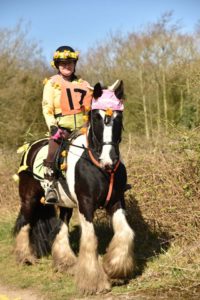